She sat on her front doorstep. She was getting donkey stone on her skirt but she didn’t care. She was watching; watching the other kids in the street. They were playing tag. Nobody asked her if she wanted to play, perhaps they didn’t see her.

A girl her age came running past to join the game and a bigger boy from across the street banging out the alley shouting at the small ones for starting without him. A woman a few doors down was washing her windows, with newspaper and vinegar, the acidic smell wafted toward Mary.

She shouldn’t be here, she should be inside, keeping warm, under the blanket, not out here with all the germs and dirt and children. It wasn’t cold, there was no sun but it was summer and the breeze was warm.

Last year Father found a place in the next county that would take her but then he lost his job in the offices of the slipper factory. It wasn’t his fault, he was the scapegoat for young Master Lambert not being able to manage. Mother won last year, though she said it was hollow victory what with her husband laid off.

Father started work in the dye factory by the river, he came home with purple hands that he scrubbed and scrubbed until they were red raw but clean. Then they would sit down to eat. Tea was always a slice of bread and dripping and a bowl of broth. The broth was for Mary’s benefit, or so Father said. Mary wondered what they would eat if she went away with no Mary to benefit from the broth.

On Mondays, Mother would get the bones from the weekend meal and boil it with any few vegetables she could find, a teaspoon of beef extract and some white pepper and salt. This was the broth, Mary wondered how a person would go about extracting the beef from a cow and thought perhaps if she were to go to the country she might see it happen.

Mary was never sure which option she would choose if she was asked. Father was so good at describing the countryside, he had an uncle there that he would visit as a child, it sounded very nice. But Mary liked the little house in the long cobbled street where she could hear so many fascinating things. On Monday, all the women washed in their backyards and hung out white sheets in a parade of competitiveness, they shouted to one another over the thin brick walls and there was always laughter. Newlyweds were discussed along with births and deaths and then illness, Mary was usually mentioned, finally as the last of the sheets went on the talk got quieter and of more delicate subjects, or so Mother said.

This was odd to Mary because the words she heard were not lacy, frilly words but the words and noises she heard late on a Friday and Saturday evening as she lay in bed listening to the men come home from the public houses. Words of violence and of morals. The whispering stopped for two things alone; the rain and the children coming in from school. Clogs on cobbles the army of children would dance or joust among the sheets whilst the women berated them for getting dirt on them. If it rained there would be shrieks as the women helped each other to gather up the white sheets.

Mother ironed on Tuesdays, Mary would sit in the nook by the fire as Mother lifted the iron backwards and forwards from the hearth to the cloth, The air was moist and hot as steam rose, hiss and spitting out the fabric into the air. Mother told stories to Mary as her face got redder and wetter. At eleven they stopped, Mother would take down the tin that contained the good cake and they would sup tea and nibble on a sliver of iced Madeira cake. A little treat for our hard work Mother would say and then she would continue with pressing Father’s shirts and telling stories to her little girl.

Wednesdays were Mary’s favourite day of the week, Mother would call up the stairs to tell her to behave and she would go off to visit her sister, Aunt Lizzy. She lived on the other side of town in what Father described as a much better-situated house but then her husband was one of the clerks in the town council and got paid too much according to Father. As soon as the door was shut Mary very slowly eased herself out of bed. She dangled over the edge for an eternity sliding; sliding till her foot touched the ground. Holding onto the furniture she walked to the door and sat at the top of the stairs and slid slowly down counting each step.

Once downstairs she moved around the rooms, always holding on but faster and faster, each week she did it she got faster. Only last week she had almost spun out of control and landed in the china cabinet, Mrs Burroughs next door, always put the heavy pot on the stove at twelve mid-day and when Mary heard this she began her ascent back to her room.

Sometimes Mary asked Mother and Father why she couldn’t play out with the other children, or why she couldn’t go to school, but they never answered. Now, Father was looking to move into the office at the dye works. It seemed that young Master Lambert messed up again since Father left the mill and there was no one to take the blame. Word got around the town to the office manager in the dye works and he has spoken to Father about possibilities.

The children were leaving the street, going into their houses, they didn’t look at Mary, perhaps she was after all,  invisible, and Father was always saying how pale she was. She had been placed on the step by Father so the argument could continue inside without her hearing.She slowly stood up and entered the house; there was a smell of fish and chips with it being Friday and Father getting paid. Mary thought it was an ideal time to stop the argument with her walk. They didn’t know she could yet, they called her a cripple and a spastic and other words but Mary had been practising and she walked or hopped into the room to show her Father and Mother that one leg was enough and she would love a pair of shoes! 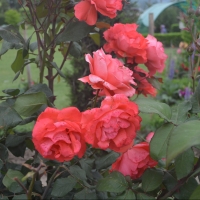