…running, running away, running toward. He ran mile upon mile, his mind in turmoil. There was no wall, physical or mental that stopped him. He ran on. He had within him the one piece of information, the vital snippet that would unravel the banking system, that would bring down the government, that would start a war between the two biggest nations, that would stop this civilisation in its tracks, that would bring a wave of anarchy that would go around the world.

He had no plan except to run, whichever way his mind turned he could see only destruction, he could only see annihilation and so he ran. As he came towards the cliff path he suddenly had a plan, he could not keep the information within, it would eat him up and as he looked at the gathering sunset he ploughed on. Running always running, he ran off the edge and screamed the secret to the sea as he plummeted to his death.

The banks opened the next day as they had every other day, the Government did its business and the earth continued turning on its axis. 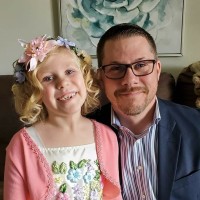